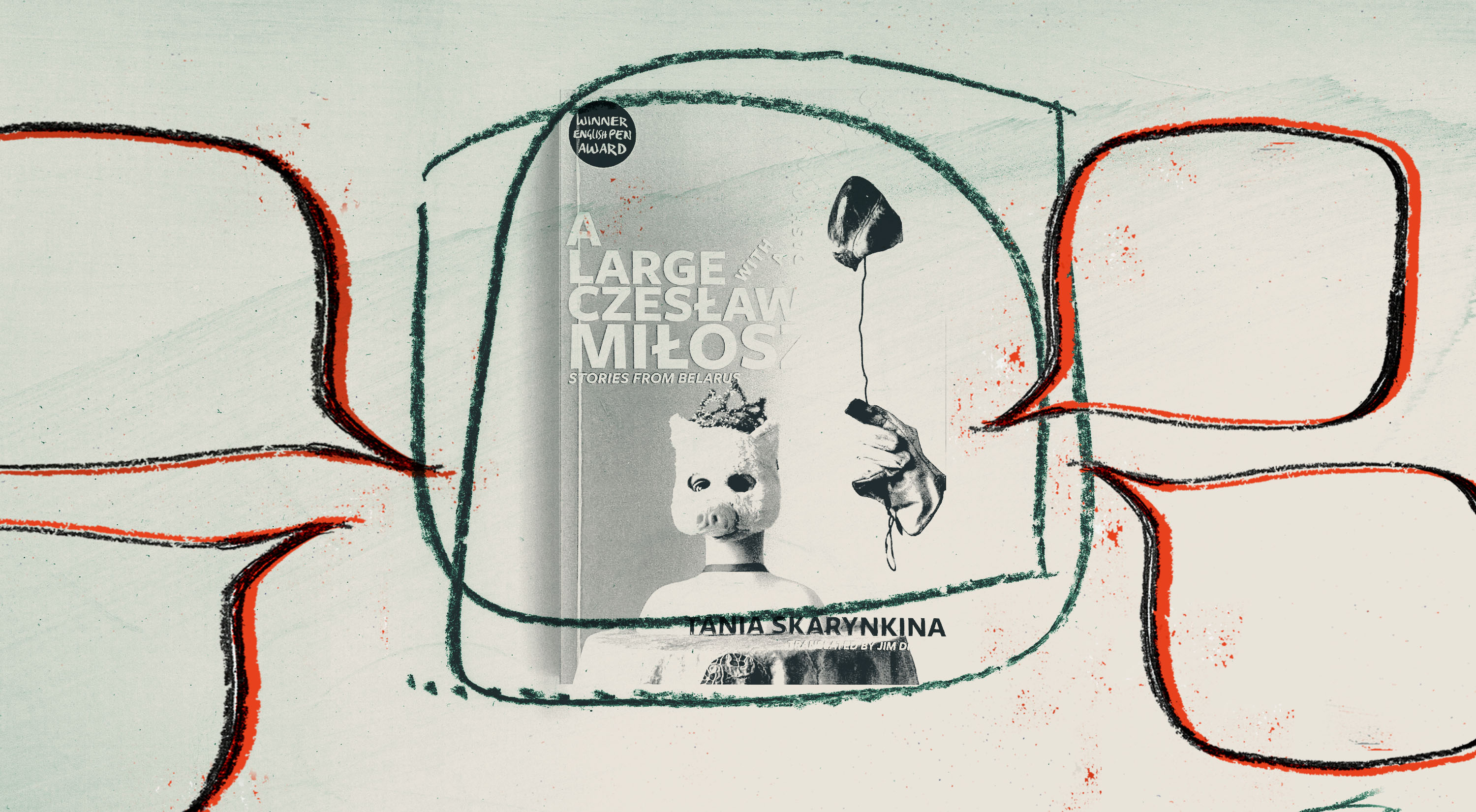 Two extracts from Tania Skarynkina’s The Strangers originally written in Belarusian, translated into German and then into English by Charles Wiseman. The full essay The Strangers contains five dream scenes. Tania Skarynkina is the Author of A large Czeslaw Milosz with a Dash of Elvis Presley published by Scotland Street Press.

Delving deeply into her dreams... and memories, poet Tania Skarynkina, born in 1969, in the small west Belarusian town of Smarhon, exposes the multicultural linguistic bonds of the Belarusian province. From the historical upheavals and ruptures of the Belarusian culture to dazzling worlds of literature and the film, Skarynkina looks for a future for Belarus.

Extract one from Tania Skarynkina’s essay The Strangers

I reach the pond in the city centre of blooming water lilies. The surface of the leaf of the yellow-pond rose is supposed to be the level of future history, so while watching the raindrops I imagine how they press the leaf of the pond rose, as details that flow into the text every day and make it heavier. Lake roses also grow in the Perawosy Pond, the village where my mother was born. All of my maternal relatives up to the fourth generation, maybe even further back, lived there. They called the pond kutok –the bracket - and pond roses bulauka - drawing pins.

When the writer Dmitri Bykov asked the actor Konstantin Raikin what Kafka’s Metamorphosis was about, I was amazed. Does a well-known writer and television presenter not know - because the question was asked in the show SSL (Shalkaja samena literatury, Lousy Literary Substitute) – does he really have no answer to this question? He honestly insisted he didn't know, so Raikin gave an answer that made my blood run cold: ‘The worst thing is when you’re not needed but exist.’ I have post-apocalyptic dreams on this subject all the time; that aliens conquer us who transform into humans. Real people with their weaknesses and romantic feelings will no longer be needed in the future. Honestly, what should real people do in a non-existent, post-apocalyptic future?

We drive through the mountains in an open car. Up serpentine bends. Maybe to a sanatorium. A light wind blows carefree faces. One more curve and there is the sea. Suddenly, as always in a dream, everything happens suddenly, there is chaos on the street. The cars behave like a herd of wild cows.Any traffic rules, someone says, have been lifted. A truck drives past with soldiers sitting in rows. Something is wrong with their faces. The faces shine in the sun as if they were made of plastic. Made of grey plastic. There is a consistent expression of self-satisfaction on every face. Disgusted and stunned, I turn away, I realise: now it’s all over. We’re going back to town. The sea is forgotten. Our happy society suddenly falls apart. I walk through town alone. I watch, as ‘these’ – that’s what I quietly call the alien occupiers – scrutinise our girls and grin disgustingly and talk about the objects of their desires. When they feel the urge to copulate, they move with giant leaps, like grasshoppers, to a small house on the outskirts. Perhaps their staff sit there and they are consulting those in power regarding these unknown physical impulses. Because among ‘these’ there are no so-called women. Their workers nimbly spread disproportionately large rolls of man-made dirt over the sidewalks and lawns. Cinema was banned. On screens that have been installed in incredible numbers across the city, cartoons drawn by someone with a worm’s imagination and artistic skills are shown. Without music and language.The figures curve in strange rhythms over the screens, their eyes are empty, painted with black paint. I stand and look and almost vomit. One of ‘these’ says behind me:

I really have to vomit. Then our little society decides to flee… half a dozen opponents of the invasion who disagree. Into the desert. Dressed like Bedouins. Let’s flee to Africa.