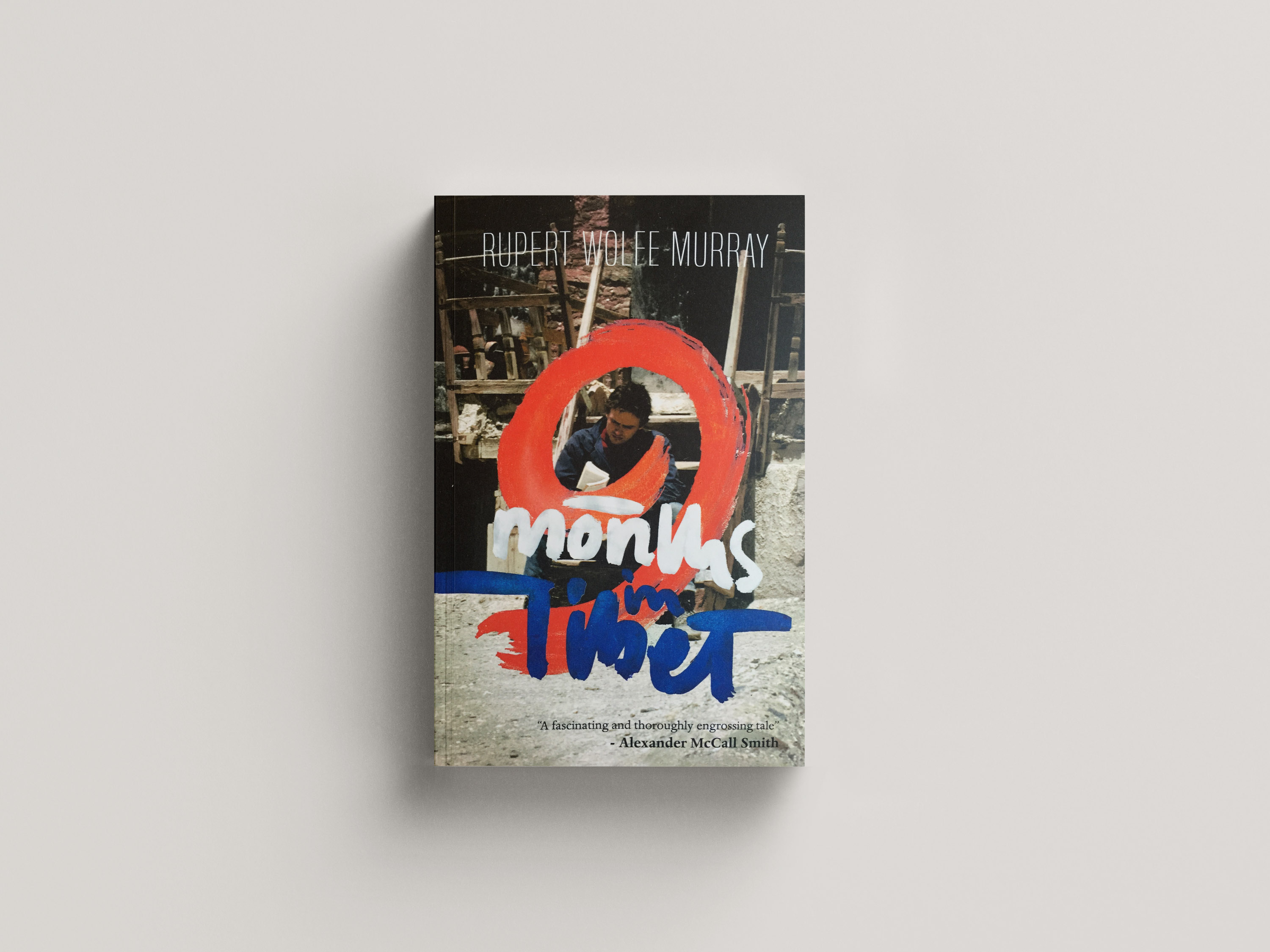 9 Months in Tibet offers a glimpse into a lost world, a country that was bursting with ancient charm. During the 1980s Tibet briefly opened to foreign travellers. Backpackers like Wolfe Murray were allowed to wander freely for up to three months – but very few had the gall to make it their home, as Wolfe Murray attempted.
9 Months in Tibet is about overcoming the fear of travelling alone, getting a job in Lhasa, riding a horse through Eastern Tibet, falling in love with Italian women, witnessing a violent protest between Buddhist monks and the Chinese police, and getting expelled from the country for not helping the police with their enquiries.

‘A fascinating and thoroughly engrossing tale’

‘A highly unlikely but irresistible combination of Robert Byron and Hunter S. Thompson.’

‘A wacky, witty, off-the-cuff tale… Honest at all times, and without bravado or self-regard.’

‘One of the beautiful paradoxes of 9 Months in Tibet is that being such an amateur and reckless traveller makes Wolfe Murray an exemplary one.’

‘Wolfe Murray’s trick is to deliver stunningly unusual observations deadpan… The descriptions of the rioting in Lhasa – which the author witnessed by accident and parlayed into his first outing as a foreign correspondent – are brilliant, particularly because he gives a compelling eyewitness account without putting his own dramatic experience of danger at the centre of things.’

‘Rupert leaves the reader with a feeling that they’ve accompanied him on his travels, which for less adventurous types, might just be enough to keep them happy until they are brave enough to follow suit.’

– Susan Welsh, The Press and Journal

‘Most travellers keep the world around at arm’s length, they glimpse it and see only those things that confirm their “knowledge”. Wolfe Murray embraces the world and trusts it.’

Rupert Wolfe Murray is an author and journalist who lived in Tibet in the 1980s. He has renovated orphanages in Romania and worked for aid agencies in Bosnia and Kosovo. He currently contributes to the Huffington Post, and has been published in Time Magazine, The Economist, The Guardian and more.

"Patrick Leigh Fermor set forth on his extraordinary walk through pre-War Europe, or Laurie Lee embarked on his own famous walk. There are many other accounts of similar journeys. Rupert Wolfe Murray’s story of his time in Tibet belongs in the same company. He has written a highly readable and engaging book about going off to Tibet in the late nineteen-eighties, with little money in his pocket, but with all the optimism and determination that goes with being 23."