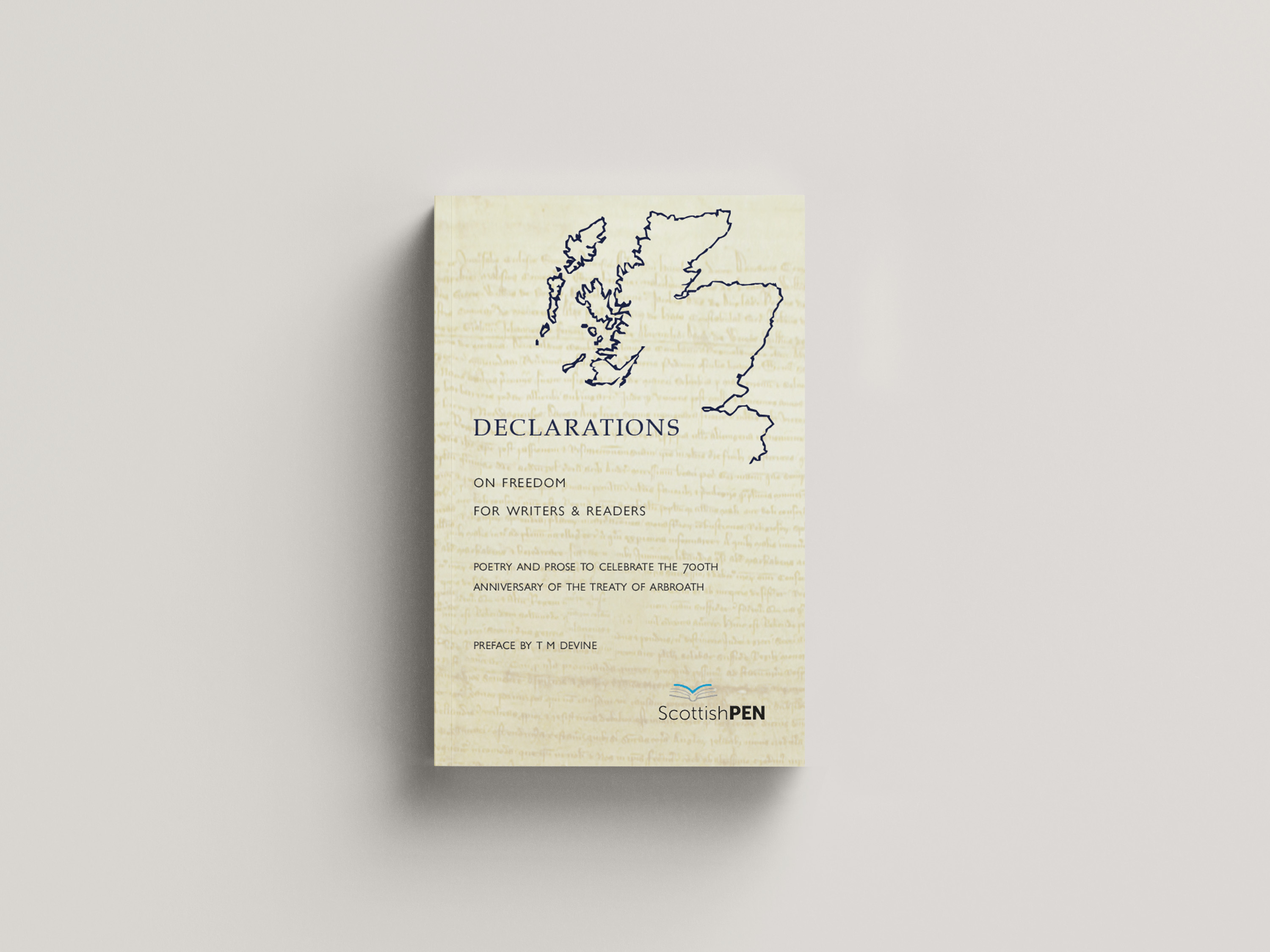 A message from Scottish PEN:

This year marks the 700th anniversary of the Declaration of Arbroath in which the Scottish nobility appealed to the Pope to support Scotland in the nation’s fight for freedom from ‘the rule of the English’. In these difficult times the need to hear and understand each other is as vital as it ever was. PEN International has been campaigning for freedom of expression for almost a hundred years and Scottish PEN has, since 1927, contributed to that international effort along with PEN centres throughout the world.

To commemorate this anniversary of the Declaration of Arbroath Scottish PEN and Scotland Street Press have published an anthology of poetry and prose from over 50 writers on themes exploring freedom of expression. Awards were offered to three of the contributors and these were to be announced at a launch in Arbroath on 6th April, the date of the 700th anniversary. Unfortunately due to the severe crisis with the coronavirus, this event has now been cancelled although we hope to have another event as soon as it is feasible given the current restrictions.

Professor Emeritus Sir Tom Devine, has supported the project and written a preface to the anthology and has now given the following statement. ‘ I was honoured to be invited to help to judge the entries for Scottish PEN’s writing competition to mark the 700th anniversary of the Declaration of Arbroath and to select the three best submissions in poetry and prose. The Declaration is now regarded across the world as the most eloquent statement of the right to national self-determination ever written. What better way thn to celebrate that ancient noble expression of human freedom than by asking the writers of Scotland to present their own views in 2020 on the time-honoured principles of that remarkable document and their relevance today?’

‘In these difficult times, PEN said the need to hear and understand each other is as vital as it ever was. PEN International has been campaigning for freedom of expression for almost 100 years.’

‘This rich anthology won’t merely be relevant to the 700th anniversary of the Declaration of Arbroath, the poems and prose will remain relevant until humanity accepts the individual’s right to freedom. Sadly, thus, this book will remain relevant for many years to come. The publication of Declarations on Freedom for Writers and Readers is both a timeous and note-worthy achievement. In the midst of isolations and restrictions, the written word has remained free.'

- Liz Niven, Gitanjali and Beyond

"It is in truth not for glory, nor riches, nor honours, that we are fighting, but for freedom – for that alone, which no honest man gives up but with his life."