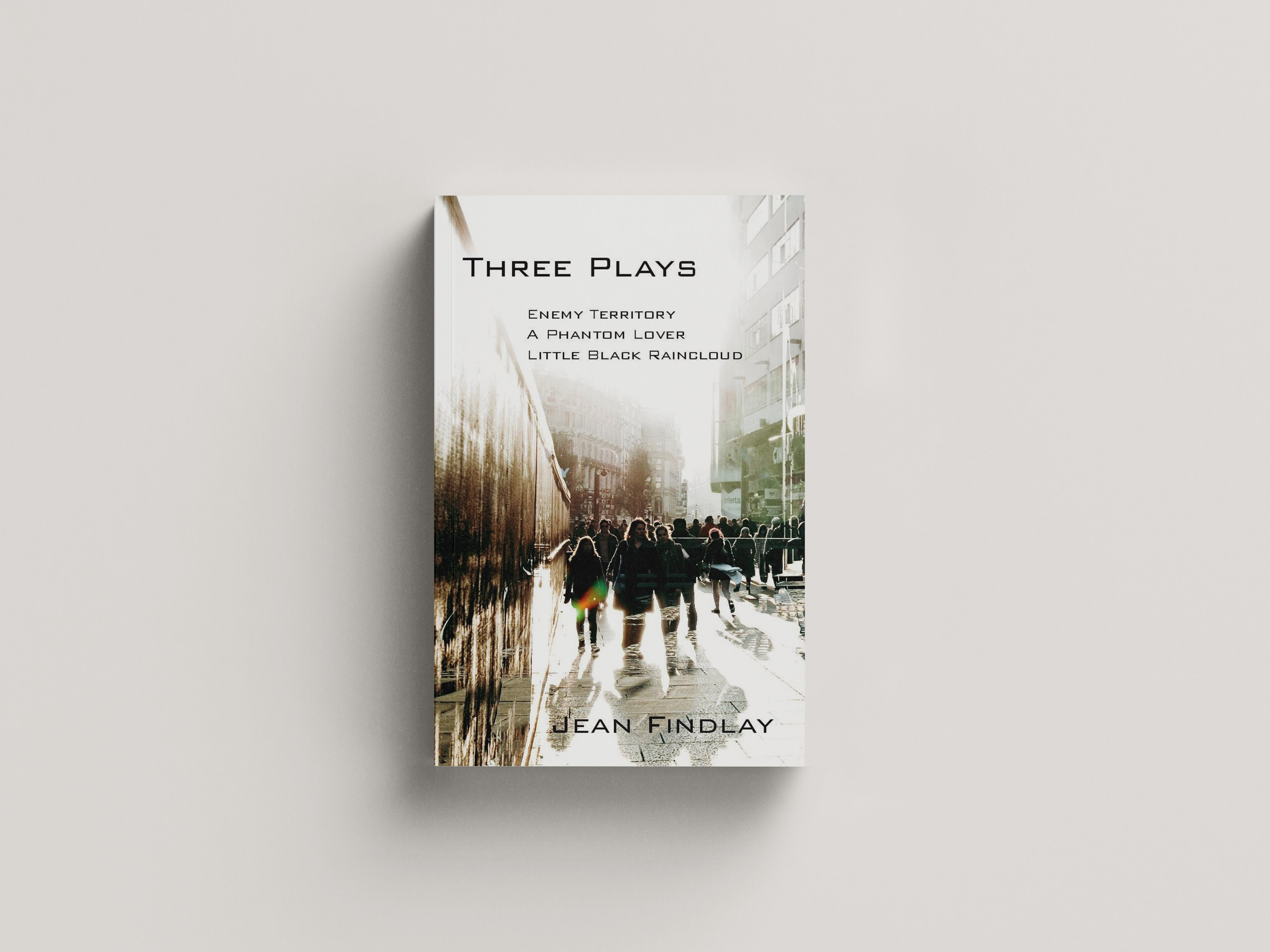 These plays for theatre, composed between 1994 and 2004 by Jean Findlay, all have the theme of war: imagined, remembered or threatened. They are all tragi-comic and each written for a strong female lead.

The first, Enemy Territory, takes place during the conflict in the former Yugoslavia during the 1990s, and in a mental hospital in London. The main character is a pregnant housewife, a woman at the bottom of history, who has conversations or hallucinations with the likes of Socrates and Kierkegaard.

In A Phantom Lover, an 84 year old woman remembers her past as an agent in the Special Operations Executive in Cairo during World War II, memories so vivid that they bring the past to life on stage.

Little Black Raincloud is set in current day London under a terror threat. A family with a four month old baby a radio and two visitors provide wit and action while the Four Horsemen of the Apocalypse are clattering down Paddington Station.

‘An intrepid and surefooted writer… both Wildean and Platonic.’

‘A cross between Dario Fo and Beckett, if he’d been a woman.’

Jean Findlay is the author of Chasing Lost Time – the Life of CK Scott Moncrieff, Soldier, Spy and Translator published in 2014 by Chatto and Windus, London, and by FSG, New York. The Queen's Lender was awarded the Hawthornden Fellowship 2018 and Lavigny International Writer’s Fellowship 2019.