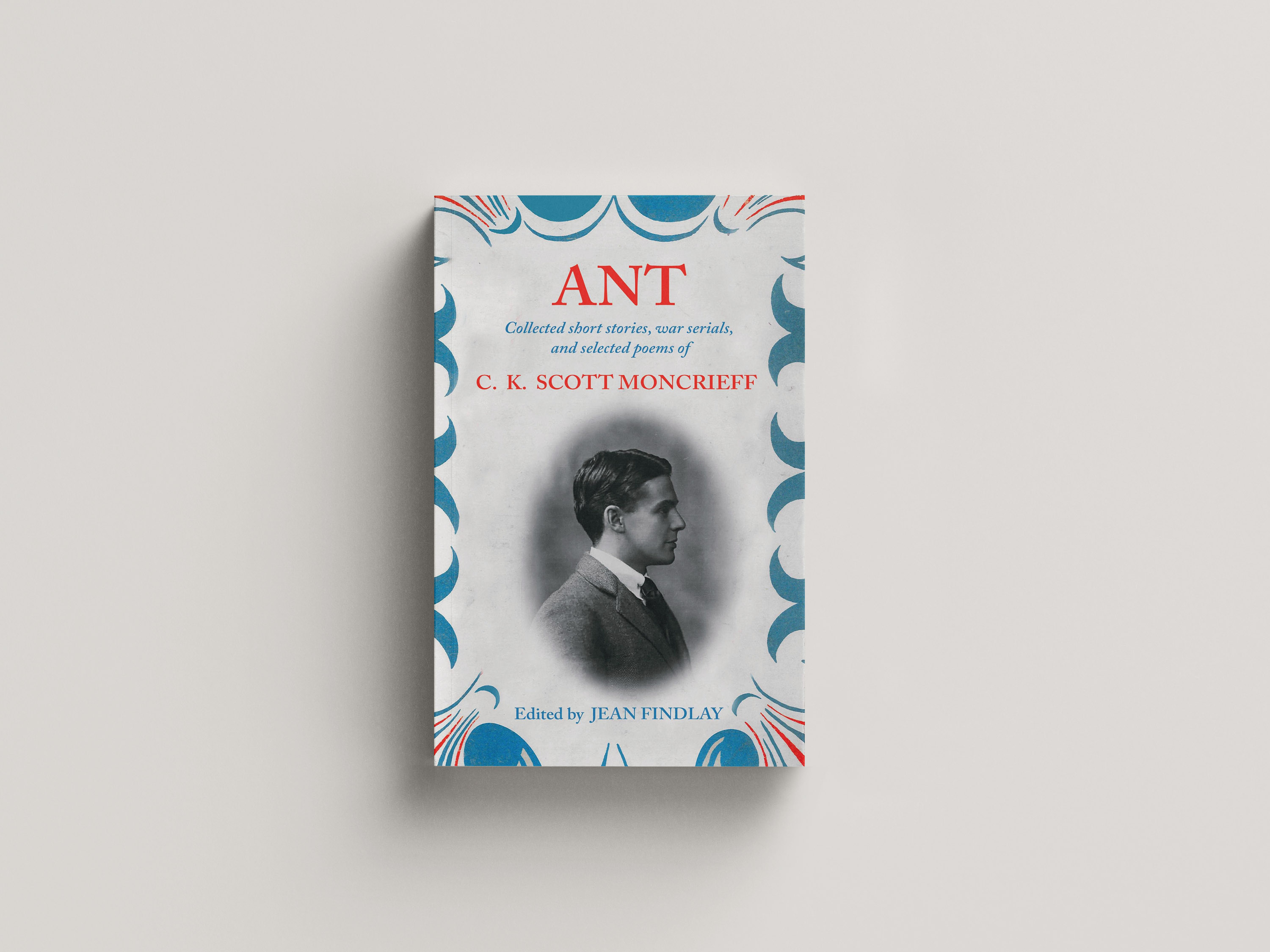 Known above all for his translations of Proust, Charles Scott-Moncrieff also had his own poetry, short stories, and war serials regularly published in literary periodicals. Here for the first time is a collection of these, put together with an introduction by Jean Findlay, author of Chasing Lost Time – the life of C.K. Scott-Moncrieff, Soldier, Spy and Translator.

T. S. Eliot edited a literary magazine called the Criterion, and in 1926 he published short stories by C. K. Scott-Moncrieff.  These have not been published again until now, nearly 100 years later.  ANT is the name of another short story and is the title of this collection, because C. K. Scott-Moncrieff was always disconcerted about the fact that the titles of his translations of Proust were too long to fit comfortably on the spine of a book.  ANT fits beautifully, even horizontally. He was ant-like in his literary industry and his poems, war serials and stories are a taste of a time past, lost and regained.  In June 2015 The Times Literary Supplement wrote playfully of ANT, ‘Why not translate Scott-Moncrieff into French?’

‘A fascinating read. After all these years, Scott-Moncrieff can step out of the shadows.’

‘Our canon of war poetry might benefit from including some of Moncrieff’s light war poetry.’

‘Scott-Moncrieff is more Proustian than Proust himself.’

Known above all for his translation of Proust, Charles Scott-Moncrieff also wrote his own poetry and short stories, and was regularly published in Literary periodicals. For the first time a collection of these has been put together with an introduction by Jean Findlay.