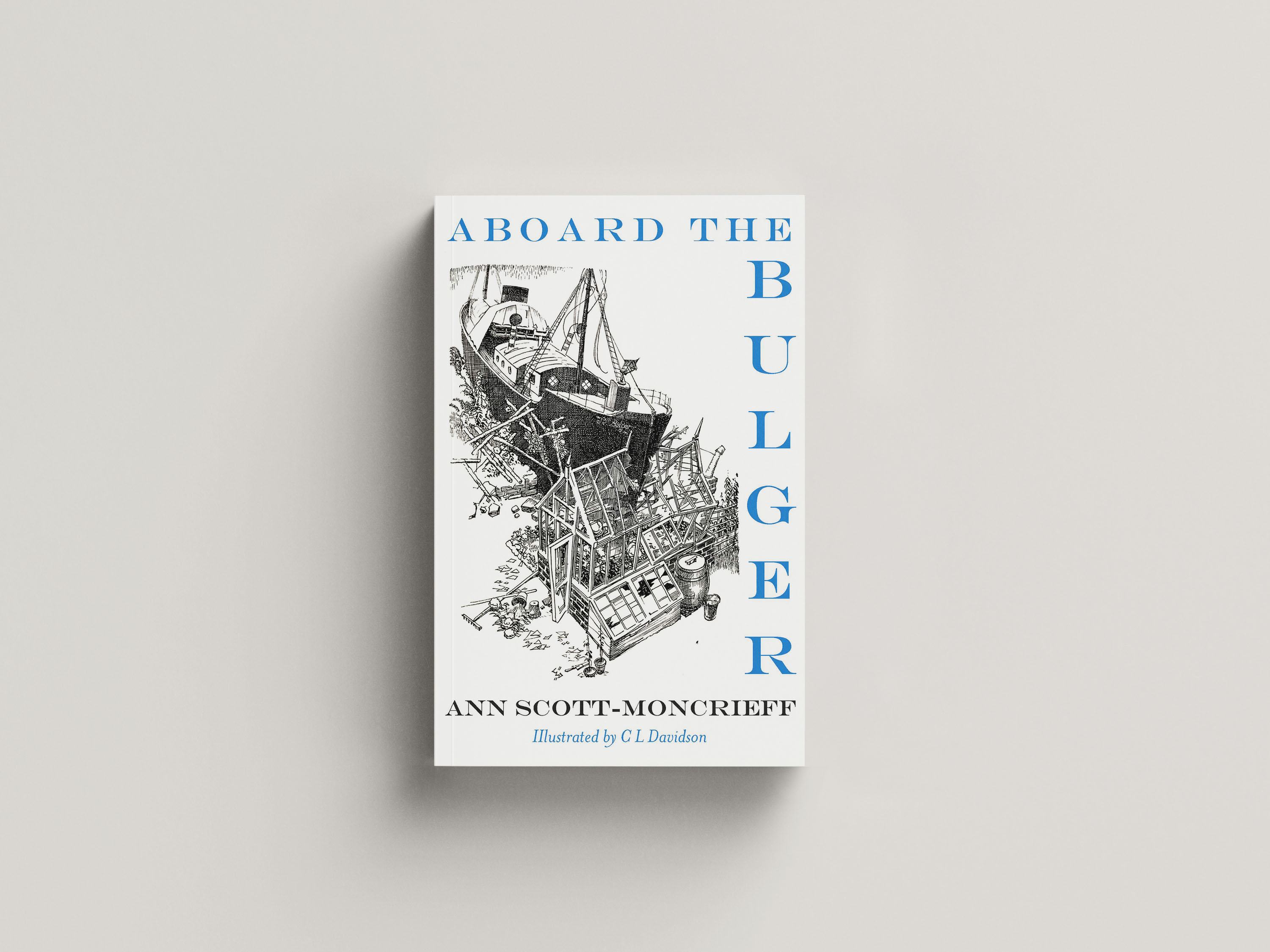 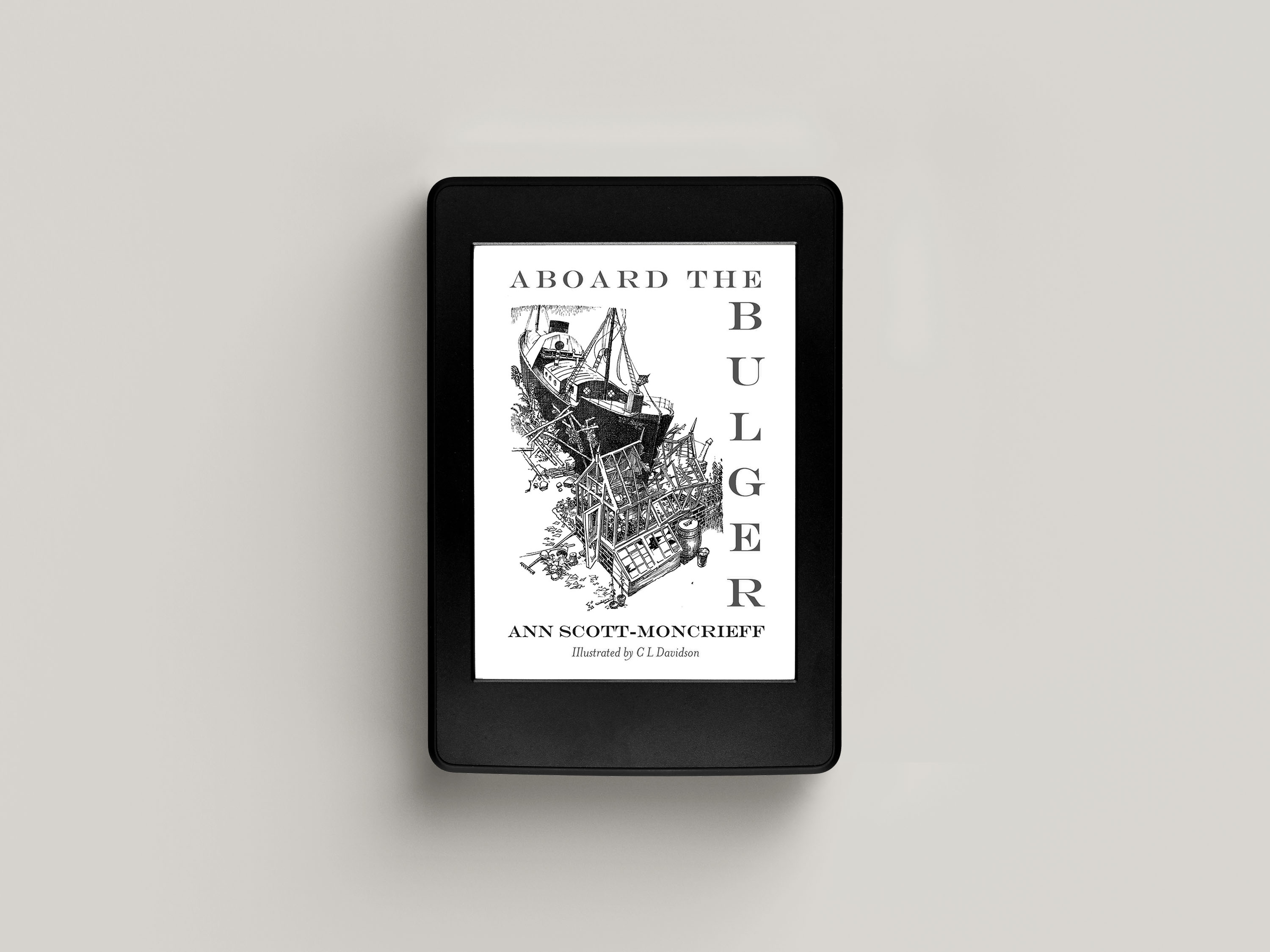 It is 1934. Five Children run away from a cruel orphanage, steal a magical steam ship and go on lots of marvellous adventures around the Hebridean Islands. A wild and rollicking tale where children take charge of their destinies. As timely now as it was when it was first published, climb Aboard the Bulger and sail out into uncharted waters to face mysterious witches and harness your courage in the face of the unknown.

The book had a huge print run from London Methuen, but their warehouses were bombed in 1940 in Paternoster Row; 5 million books were lost in the fires caused by tens of thousands of incendiary bombs. Consequently, there were very few copies in circulation. This is the revival of a successful children’s adventure story.

‘All ages will enjoy this first-class voyage on a tramp steamer exactly designed for the navigating skill of five children… The Bulger takes us all off the beaten track.’

‘If her books had not been destroyed in the war and if she’d lived, she would have been as popular as Enid Blyton.’

- Jean Findlay, Ann Scott-Moncrieff’s granddaughter, during an interview with The Sunday Post. Read the full article.

C. L. Davidson illustrated 'Aboard the Bulger,' recently reprinted by Scotland Street Press. Aboard the Burger was first published by Methuen whose warehouses were bombed in Paternoster Row in 1940 when most copies were destroyed.