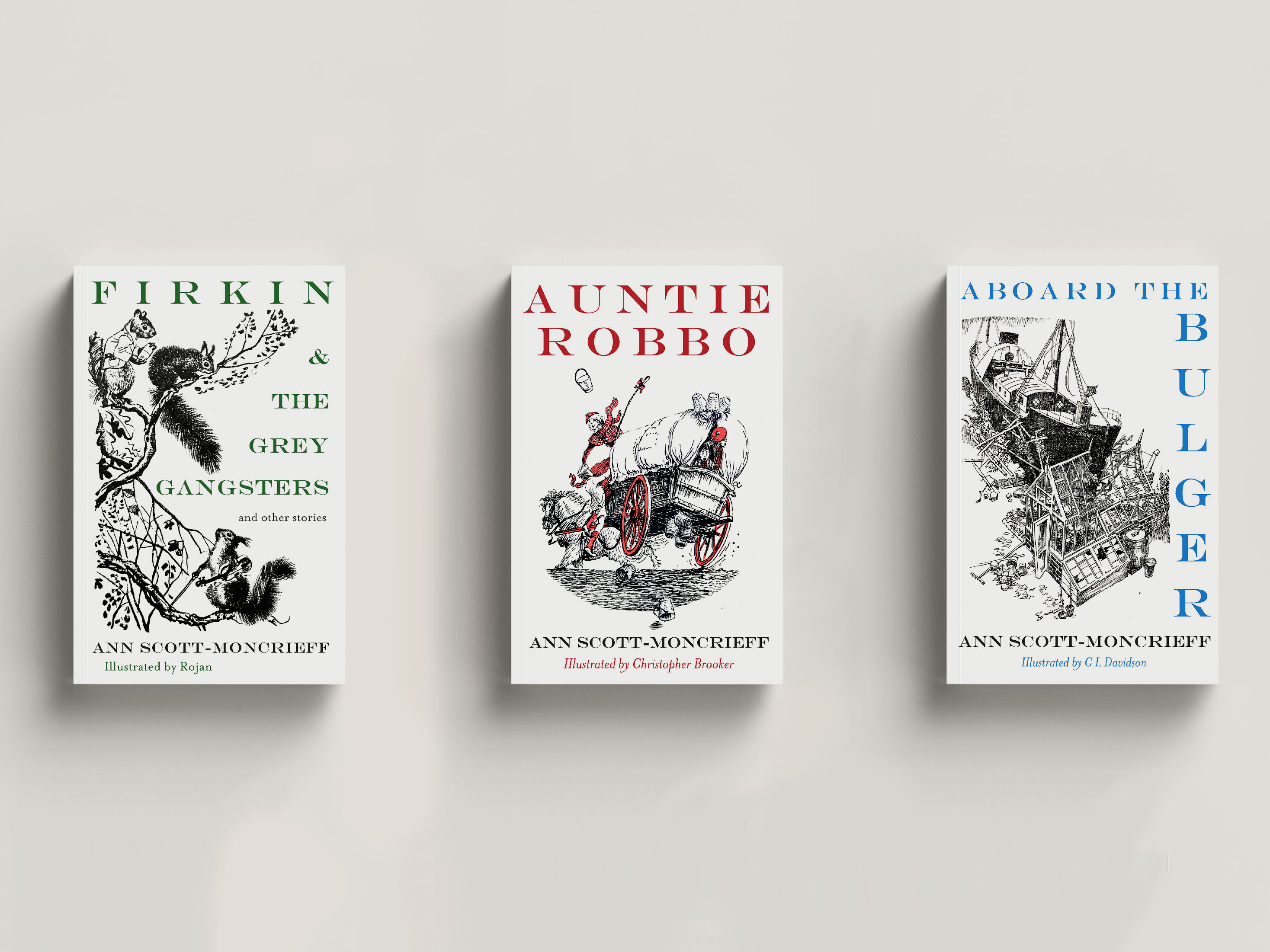 To celebrate the release of all three of Ann Scott-Moncrieff’s children’s books we have created a special bundle for your shelves. Discover this forgotten Scottish writer from the 1930’s with these three ‘rollicking reads’

‍Auntie Robbo
Hector is an 11-year-old boy living near Edinburgh with his great auntie Robbo who is in her eighties. A woman calling herself his step-mother arrives from England and Hector and Auntie Robbo realise that they have to run away. The chase leads all over the north of Scotland, narrowly escaping police and the authorities, adopting three homeless children on the way. A cracking read for both adults and children alike.

Aboard the Bulger
It is 1934. Five children run away from a cruel orphanage, steal a magical steamship, and go on many marvellous adventures around the Hebridean Islands. A wild and rollicking tale where children take hold of their destinies. As timely now as it was when it was first published, climb Aboard the Bulger and sail out into uncharted waters, facing mysterious witches and harnessing your courage in the face of the unknown.

Firkin and the Grey Gangsters ‍

Four short stories where the animals are the heroes. Follow Firkin on his adventures to defeat the grey squirrels, a sheep who doesn’t want to be a sheep and strikes off to find her own destiny, and a white drake whose mother is a hen, and who is trying to learn to fly. The stories are written in a mixture of Scots and English and have strong ecological themes.

Feodor Stepanovich Rojankovsky also known as Rojan, was a Russian émigré illustrator. He is well known for his illustration of Children’s Literature. In 1936 he illustrated ‘The White Drake,’ reprinted by Scotland Street Press as ‘Firkin andThe Grey Gangsters.’

Mystery of the Raddlesham Mumps