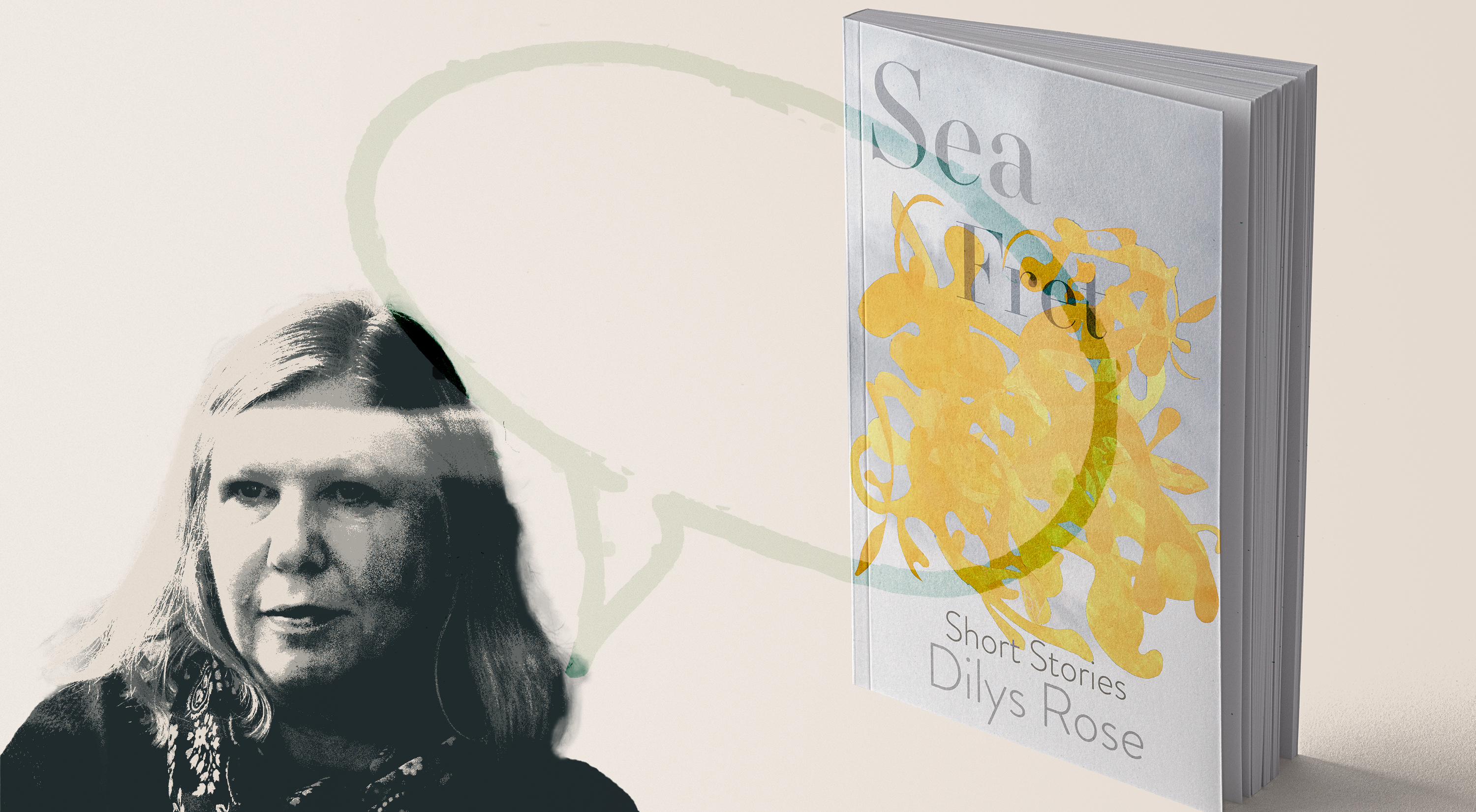 Author Dilys Rose discusses her sixth collection of short stories, her writing process and her inspirations with Antonia Shack. Sea Fret was published by Scotland Street Press on May 1st 2022.

We interviewed Dilys Rose about her new short story collection which was released on the 1st May 2022.

Hi Dilys, Thank you so much for discussing your work with us. It has been a pleasure reading and publishing Sea Fret. As your sixth collection of short stories it feels like you have this art form at the tip of your fingers. The stories flow effortlessly and are sometimes painfully observant of people. When did you first start writing?

I tried my hand at poetry in my teens — it was typical adolescent, angst-ridden stuff, I think— but I began writing ‘with intent’ in my late twenties so, a while ago!

The stories are extraordinarily wide ranging, what inspirations do you draw on for your writing?

Anything and everything can provide inspiration— what I see, what I overhear, what I wonder about. Usually stories have a toe-hold in the real world but tend to work best when they combine what I know, and what I don’t know but feel motivated to find out.  There has to be an element of discovery. I don’t go looking for a story; a story—or the seed of one—presents itself. What’s given is often fairly enigmatic and I have to write the story to find out what it means.

You have such a range of characters and places in the stories. From Amsterdam to America, Leith to Berlin – How much do you draw on places and traits or expectations of a place? I found in each of the stories that the places I knew were recognisable and yet also somehow made strange and new to me.

Place is not a passive, fixed backdrop in fiction; it’s an active, essential element.  Writing fiction, particularly short stories, is all about selection, choosing which details to include and which to leave out. It may not be clear to me at the outset why I need these details, or what they contribute.  I’m not attempting to present ‘the complete Amsterdam’, or even ‘the complete Applecross’.  Any details of place must ultimately serve the story. As you can probably work out, I’m not a planner which means that I’m open to being surprised by the direction a story takes. If I could say in advance how a story is going to turn out, it’s unlikely I’d write it at all.

Do you have a method or way of creating your characters? Are they people you have met or know? Or do you find characters making themselves known to you in other ways?

I rarely base a character entirely on a specific person. I may draw on some aspect of a person I’ve met or seen but usually it’s something small that I start with and, bit by bit, a character begins to take shape on the page. Too much information is often counter-productive for fiction. For me, fictional characters are built as much by what they say and how they say it, by what they do and how they do it, as by what they might think or believe.

What elements of a story are you most driven by in your writing? By this I mean is it the characters, a particular theme or idea that you need to express, a plot or story line, or maybe none of these!

My aim is to create a sequence of events in which all the elements combine in some way—which may or may not be immediately obvious—to create a unified, dramatic whole. As with the fiction I like to read, the stories tend to be driven more by character, situation, mood, or idea, than by plot.  Once a story is on the go, characters tend to shape plot and theme.

Often the stories seem to be intensely immediate. ‘Are you sure want to talk to me’ feels as though it could have been written as it happened. What is your process like for writing?

This particular story is written in the present tense, which tends to impart a sense of immediacy, of something unfolding as you read. It certainly wasn’t written like that but in this case that’s the impression I wanted. As Eudora Welty says: ‘Fiction is a lie. Never in its inside thought, always in its outside dress’.

As to process, often the stories have a fairly long gestation period. In the early stages, when one is ‘coming on’ (like a cold) I tend to become restless, distracted, twitchy. It’s not that I am actively thinking about the story.  You might say I’m actively not thinking, attempting to clear my mind of all the silt it seems to fill up with constantly. Think of trying to dig a channel in the sand. You dig and dig but the channel continues to fill up with sandy water.  I’m drawn to long, aimless walks, intense bouts of housework —always overdue —or other forms of displacement activity. I find that swimming regularly endless laps in the pool can help to sift the silt.

As Susan Sontag says: ‘Art is not only about something; it is something. A work of art is a thing in the world, not just a text or commentary on the world’. My aim is not to try to persuade a reader of any ‘message’ but to offer up an experience.

I know that this collection of stories is the result of several years’ work. How much have the political events of the last few years impacted your work?

I’ve been writing for forty years and during that time there have been countless political events. I carry these around—who doesn’t?—and these events are likely to colour, or bleed into, the work but this might not happen for months, or years after, and when it does appear, it may not be recognisable for what it is. But fiction is not a vehicle for my own bugbears. The most recent story in this collection, ‘Rhoda, Blondie’ is placed firmly within lockdown but lockdown is not what the story is ‘about’.  As Susan Sontag says: ‘Art is not only about something; it is something. A work of art is a thing in the world, not just a text or commentary on the world’. My aim is not to try to persuade a reader of any ‘message’ but to offer up an experience.

The stories often present an unforgiving view of the world, no one has a ‘happy ending’ as it were. Do you think your stories mirror life?

I’d say it’s more that characters—or stories— don’t have a neat ending, or one that is straightforward or easily summarised. I’m not writing fairy tales, after all. A good number of stories do end on an upbeat note, even if that note may be no more than a flicker of something better to come. I’m more interested in setting light against dark; you can only fully appreciate one if you have the other. As to mirroring life, my aim is not replicate the world around me, even if aspects of the stories may seem familiar, or life-like.  Other forms of writing aim to replicate the world, and do it well.  As a writer of fiction, I aim to bring something new into existence.

Other forms of writing aim to replicate the world, and do it well.  As a writer of fiction, I aim to bring something new into existence.

Author Dilys Rose discusses her sixth collection of short stories, her writing process and her inspirations with Antonia Shack. Sea Fret was published by Scotland Street Press on May 1st 2022.