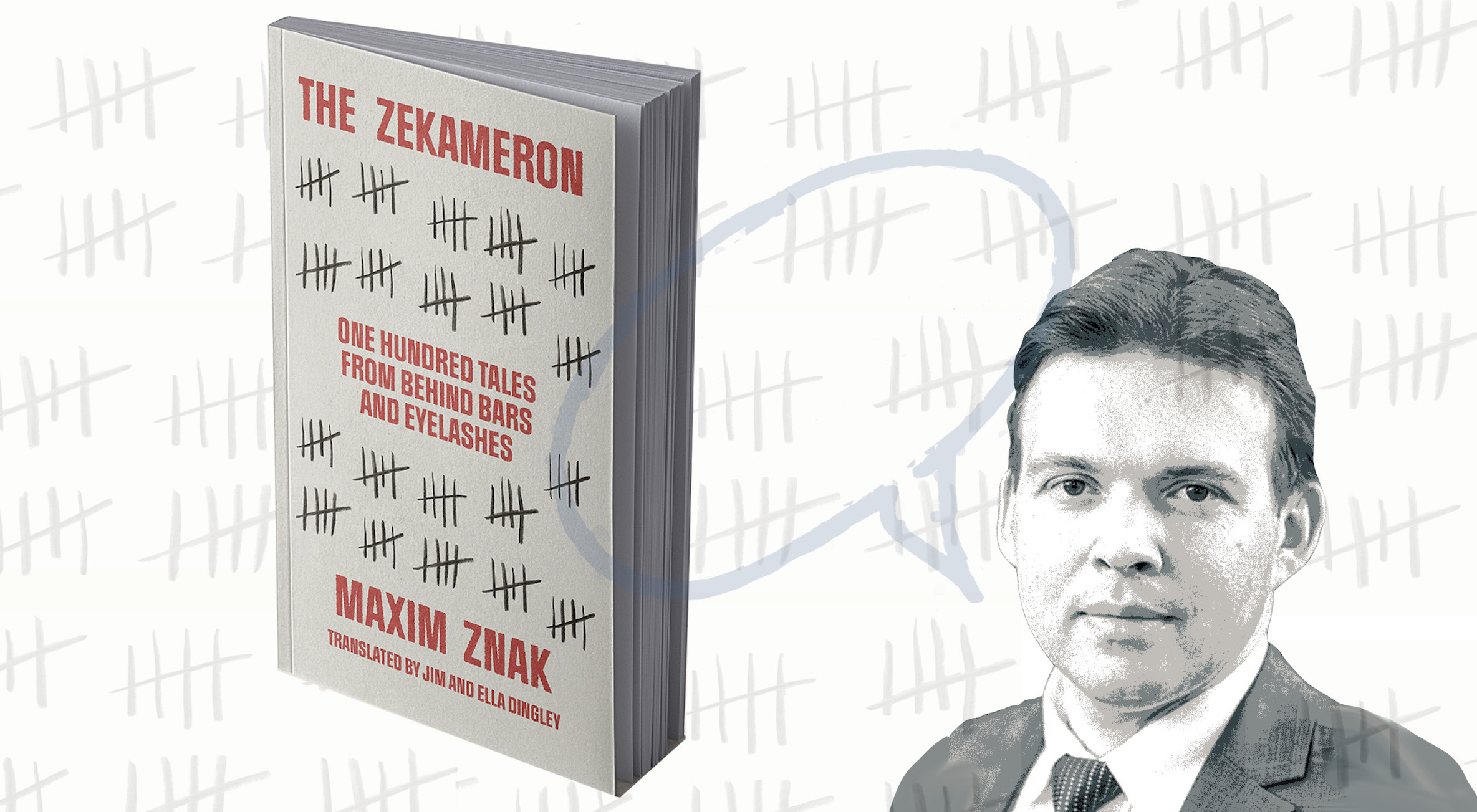 To celebrate the publication of Maxim Znak’s collection of short stories, “The Zekameron: 100 Tales from behind bars and eyelashes", on 1st March 2023, we will be sharing extracts from the collection on our social channels, revealing hidden meanings and insights.

To celebrate the publication of Maxim Znak’s collection of short stories, “The Zekameron: 100 Tales from behind bars and eyelashes", on 1st March 2023, we will be sharing extracts and snippets from the collection on our social channels, revealing hidden meanings behind certain words and terms from the book’s translator, with insights into the context of the book, such as freedom of expression in Belarus, and the author’s experiences following his imprisonment in Belarus in 2021.

Maxim Znak is an international lawyer from Belarus - the country which borders Ukraine and which is run by dictator Alexander Lukashenka, one of President Vladimir Putin’s most loyal allies.  After Lukashenka’s disputed re-election in August 2020, Maxim Znak was gathering evidence of violations of the electoral process when he was arrested and sent to Remand Prison no.1 in Minsk. He was held there from September 2020 until December 2021. His closed trial began on 4th August 2021 and on the 6th September 2021, the  Minsk Regional Court sentenced him to 10 years in prison. Remand Prison no.1 in Minsk is the only one in Europe where the death penalty is still being carried out. It was here that Znak wrote his stories, which later made their way outside the prison walls.

The stories were sent directly to Jim Dingley who had previously translated two books from Belarus for Scotland Street Press. The manuscript’s arrival provoked the question: would its publication endanger Znak's life, or help agitate for his release from prison?  Since the brilliant lawyer had already been sentenced to ten years in a penal colony in the North of Belarus, his wife and sister urged Scotland Street Press to proceed with the UK publication.

‘Zekameron’ derives from the Russian word zek, an abbreviation formed by the names of two letters of the Russian Cyrillic alphabet - зк; it stands for zakliuchonny, a word that originally referred to a convict held in a Soviet labour camp. The word now has the general sense of ‘prisoner’. The title is also a word-play on Boccaccio’s Decameron, which was a collection of 100 stories from different voices from people escaping the Plague in 14th century Florence.

Znak’s writing style is closer to Beckett than to Boccaccio. Znak skillfully uses black comedy to portray the daily experiences of prisoners. The absurdity of the banal and brutal circumstances in which the prisoners find themselves is conveyed in a laconic, ironic fashion throughout Znak’s stories. If you don’t laugh, you’ll cry.

Key themes across the collection of 100 stories include resistance, survival, the importance of daily routine, and the connections between prisoners.

‘He came back from interrogation looking like death. Some people look better than he did when they’re being put in their coffin. “What happened then? Did they stick any other articles of the Criminal Code on you? Or break your jaw?” “Nothing like that. I’ve got toothache…”’

‘I emphasize the gravity of these stories’ context because when you read them in the safety of your own home and life, you are going to be entertained: you’ll find these stories funny, even instructional. The protagonist of the Zekameron is a prison newbie, presumably like the reader: together we are surprised and scared….’

This book is published in Germany by Suhrkamp Insel and a recent review by Cornelia Geißler in Berliner Zeitung states:

"The fact that this book exists at all should be a miracle. Simply because the stories were smuggled out … The true sensation, however, is the mental achievement the prisoner Maxim Znak was capable of: that in his situation, which could really be called hopeless, he still possesses the internal freedom to create literature."

There is so much to celebrate about this book and we cannot wait to share this with you on our Twitter and Instagram channels during the coming weeks. Do make sure you follow us to keep up-to-date.

To celebrate the publication of Maxim Znak’s collection of short stories, “The Zekameron: 100 Tales from behind bars and eyelashes", on 1st March 2023, we will be sharing extracts from the collection on our social channels, revealing hidden meanings and insights.