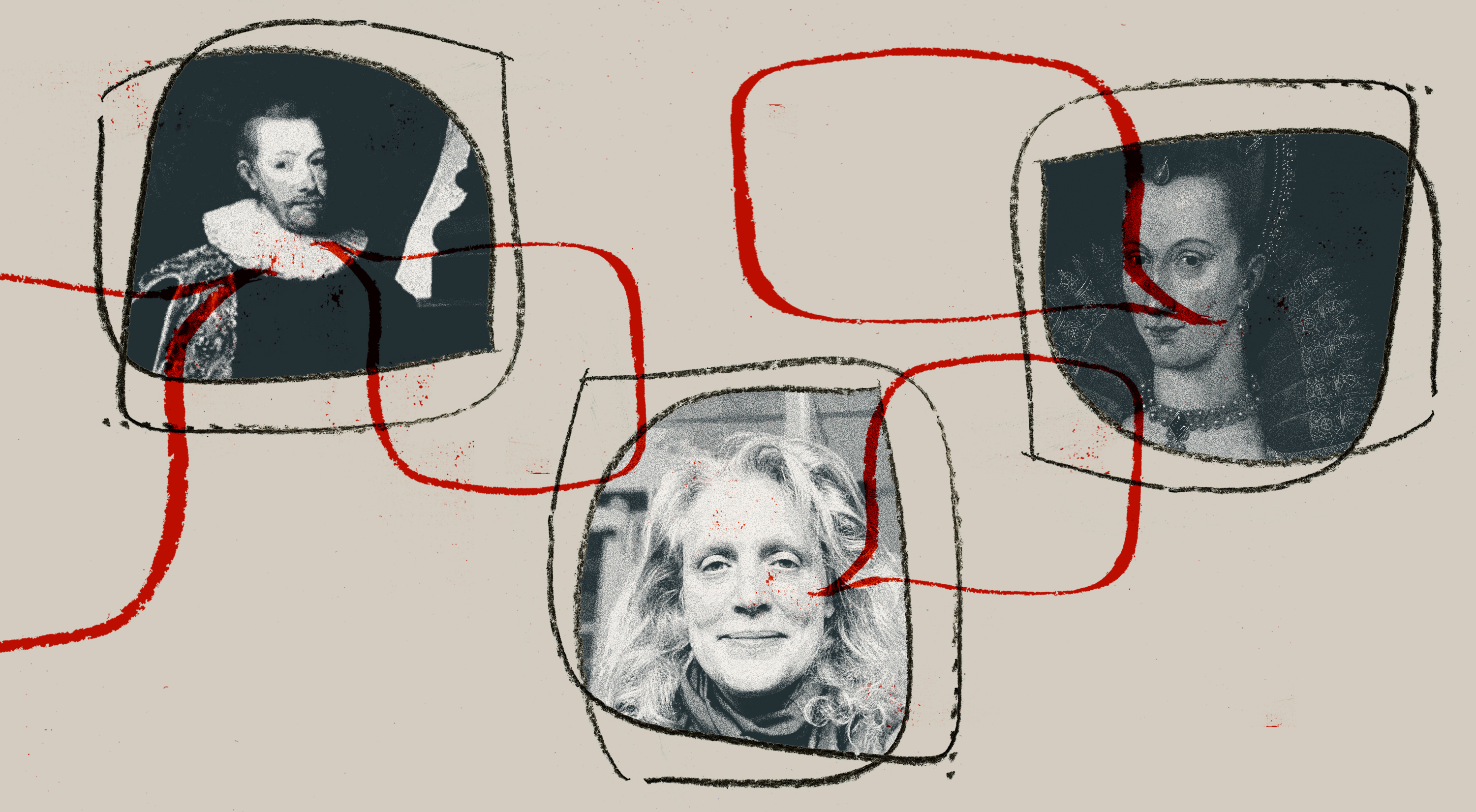 Jean Findlay discusses her inspirations for 'The Queen's Lender', her love of Scotland and her delight in bringing history to life. The book is about jeweller George Heriot and his relationship to the royal court, particularly Queen Anna of Denmark, James VI's wife.

How I came to write The Queen’s Lender

In 2014 I returned to live in Edinburgh having spent twenty-one years in London and beyond. Central London is mainly Victorian but central Edinburgh throws you further back in history; the stones you touch on a daily walk go back 500 years.

The city had changed after twenty-one years - for the better; it was busier, more prosperous, cosmopolitan - devolution had made its mark. Restaurants were busy and spilled out on the street. The Poetry Library was full of poets, books, events.

This buoyancy was infectious. Here was a living, breathing city of ancient stones with the ghosts of the past still wandering through. One of the ghosts, the poet Robert Ferguson, had taken metal form and was striding past the Canongate Kirk. Fergusson wrote ‘The Ghaists, a Kirkyard Ecologue’ a political poem in dialogue form with George Heriot as one of the speakers.

HERRIOT
I find, my friend, that ye but little ken,
There's eenow on the earth a set o' men,
Wha, if they get their private pouches lin'd,
Gie na a winnelstrae for a' mankind;
They'll sell their country, flae their conscience bare,
To gar the weigh-bauk turn a single hair.
The government need only bait the line
Wi the prevailing flee, the gowden coin,
Then our executors, and wise trustees,
Will sell them fishes in forbidden seas,
Upo' their dwyning country girn in sport,
Laugh in their sleeve, and get a place at court.

It is an insight into a clever man with satirical views on governments of any time.  Then his building is impressive, in such good nick it looks almost modern, though built in 1628.The dainty stone carved figure of its founder sits inside the quadrangle of the school and every year in June on Founder’sDay he’s decorated with fresh flowers by the pupils.

Sometimes an author doesn’t impose their will on a book, it’s the other way round; it’s the book that finds the author and determines the course of its narrative.

A combination of living history and the mirror of the times:the Union of 1603 which laid the path for the Union of 1703 was being voted on in 2014, and whatever the outcome then, this Union was evidently coming undone.This turning point in history could hear the echo of another.

I was struck by Heriot’s statue and the saying beneath “This statue shows my body, this building my soul” Here is a man who is not afraid to acknowledge his belief in the soul, and his deathbed vision still exists in the form he composed it.

Heriot witnessed the Union of the Crowns of 1603.  He was Jeweller at the court of James VI andI and a favourite of his wife Anna.

The novel takes place in Denmark, in Edinburgh and inLondon. George Heriot and his wife Christian follow King James and Queen Anna to London. The journeys are very different, and part of Heriot’s is tragic for his children.

In London the court is a Crucible, a melting place, where the foundations of what later becomes the dominant force cultural force in the world, the English language, are forged; and it all takes place by historical chance, under the eyes of Heriot the jeweller.

James I gave Shakespeare his first proper tenure, a job for life. This was inspired by Anna who had come from Denmark which had an Empire and could afford an in-house playwright attached to every palace.  Anna spoke Danish and middle Scots and communicated in the early days with her king in German. James was a scholar ofHebrew, Latin and Greek; he spoke French and Italian and some Spanish and of course the whole court moved to London speaking Middle Scots. This vibrant linguistic influence not only had its affect upon Shakespeare but also James wanted to leave his mark by translating the Bible into English, commissioning fifty-four translators for the task.  Since he was a child he had been attempting translations of the Psalms.

The playwright Ben Johnson is another character who makes an appearance along with the poet William Drummond of Hawthornden and Inigo Jones the architect.

It is a slim volume but it took seven years and was awarded two Fellowships. I’m grateful to the Hawthorndon Fellowship 2017 and the Lavigny International Fellowship 2019.

Jean Findlay discusses her inspirations for 'The Queen's Lender', her love of Scotland and her delight in bringing history to life. The book is about jeweller George Heriot and his relationship to the royal court, particularly Queen Anna of Denmark, James VI's wife.