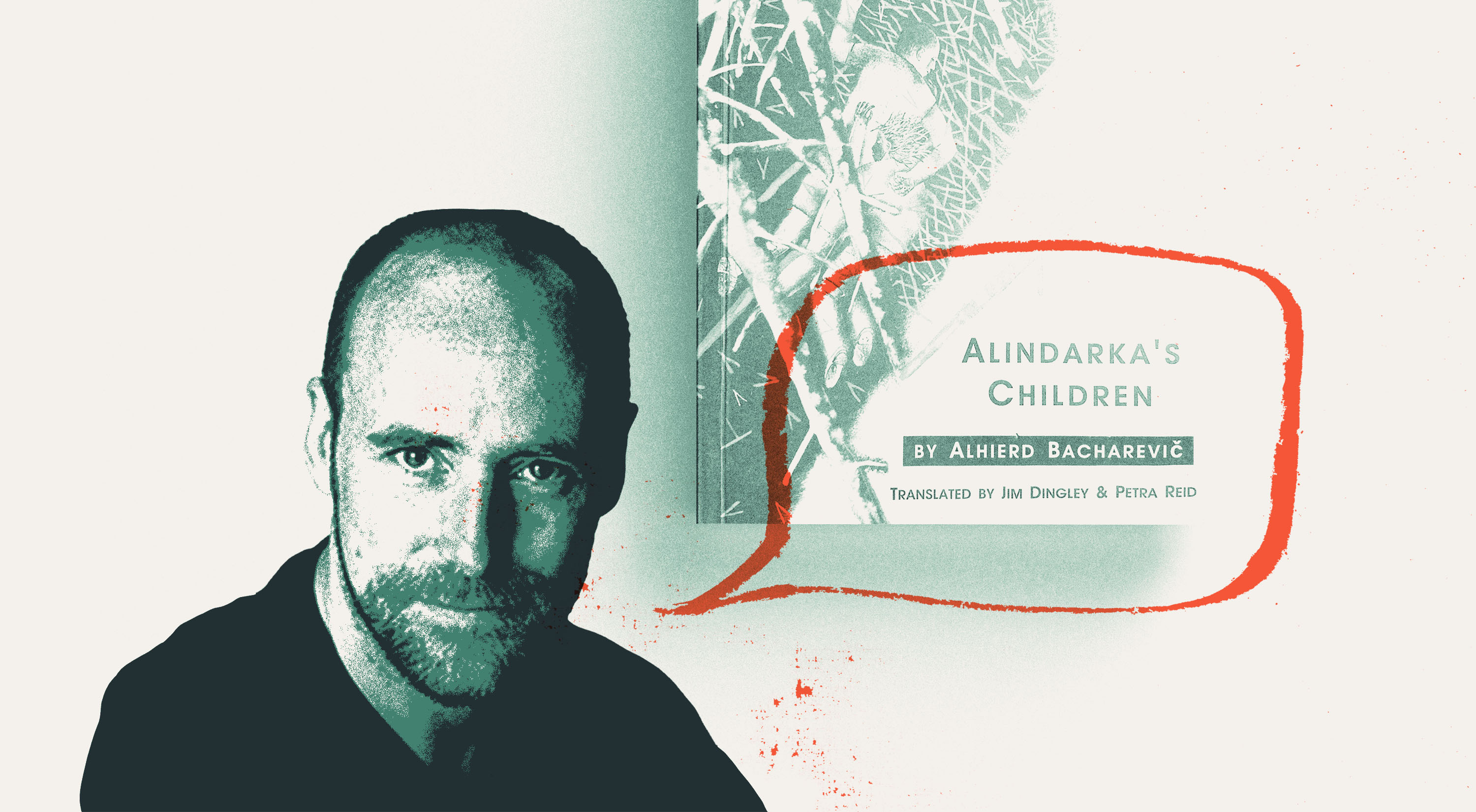 Scotland Street Press’s writer Hamish Macdonald reviews Alindarka’s Children by Alhierd Bacharevič. This translation won a PEN award in 2019 for Bacharevič’s work to be translated into English and Scots by Jim Dingley and Petra Reid.

Where words in the mouths of children are prodded, poked and subjected to ritual humiliation in the name of linguistic assimilation.

Alhierd Bacharevic’s novel, set in native Belarus, is an odyssey into the nature of  language, a minority tongue which exists, tenuously, under the dominance of its more powerful neighbour. In Bacharevic’s original this is Russian and its supposed subordinate Belarusian, which under the adept hand of translators Dingley and Reid becomes the Lingo and the Leid, namely English and Scots.

Meet Avi and Alicia, the estranged bairns of Alindarka who have been interned in a correction facility where a Camp Director supervises their treatment to become homogenized Russian speakers, where words in the mouths of children are prodded, poked and subjected to ritual humiliation in the name of linguistic assimilation. Escaping from the camp and reduced to a wild state Avi and Alicia’s world is revealed in dialogue between the siblings and in outpourings of consciousness, expressed in a tongue which is practically as feral as the bairns themselves. Through all of this a fascinating tale unfolds, overshadowed by The Doctor, an obsessive who believes language can be altered by surgical intervention.

Petra Reid gives free rein to the Leid in this bold and playful translation, rattling along in vibrant patter and shifting between the narrative and snippets of poems from the Scots tradition, with the voices of Ramsay, Fergusson, Burns, Melville, Oliphant and MacDiarmid running through the tale, a continuing stream from which a contemporary but now vilified tongue draws its strength. Revealed in episodic shifts, the stories of characters are told while the children, equipped with only an old atlas, set off into the forest and the realms of sinister folk legend. The seamless transition between Dingley’s Lingo and Reid’s Leid means the tale moves invitingly along, giving here and there a window into Belarus’s turbulent modern history. The novel reveals the corrosive effects of the repression of language and identity, in an imagined world where separation of family, isolation and secrecy become the norms of survival. It is also a finely told and compelling tale.

Scotland Street Press’s writer Hamish Macdonald reviews Alindarka’s Children by Alhierd Bacharevič. This translation won a PEN award in 2019 for Bacharevič’s work to be translated into English and Scots by Jim Dingley and Petra Reid.