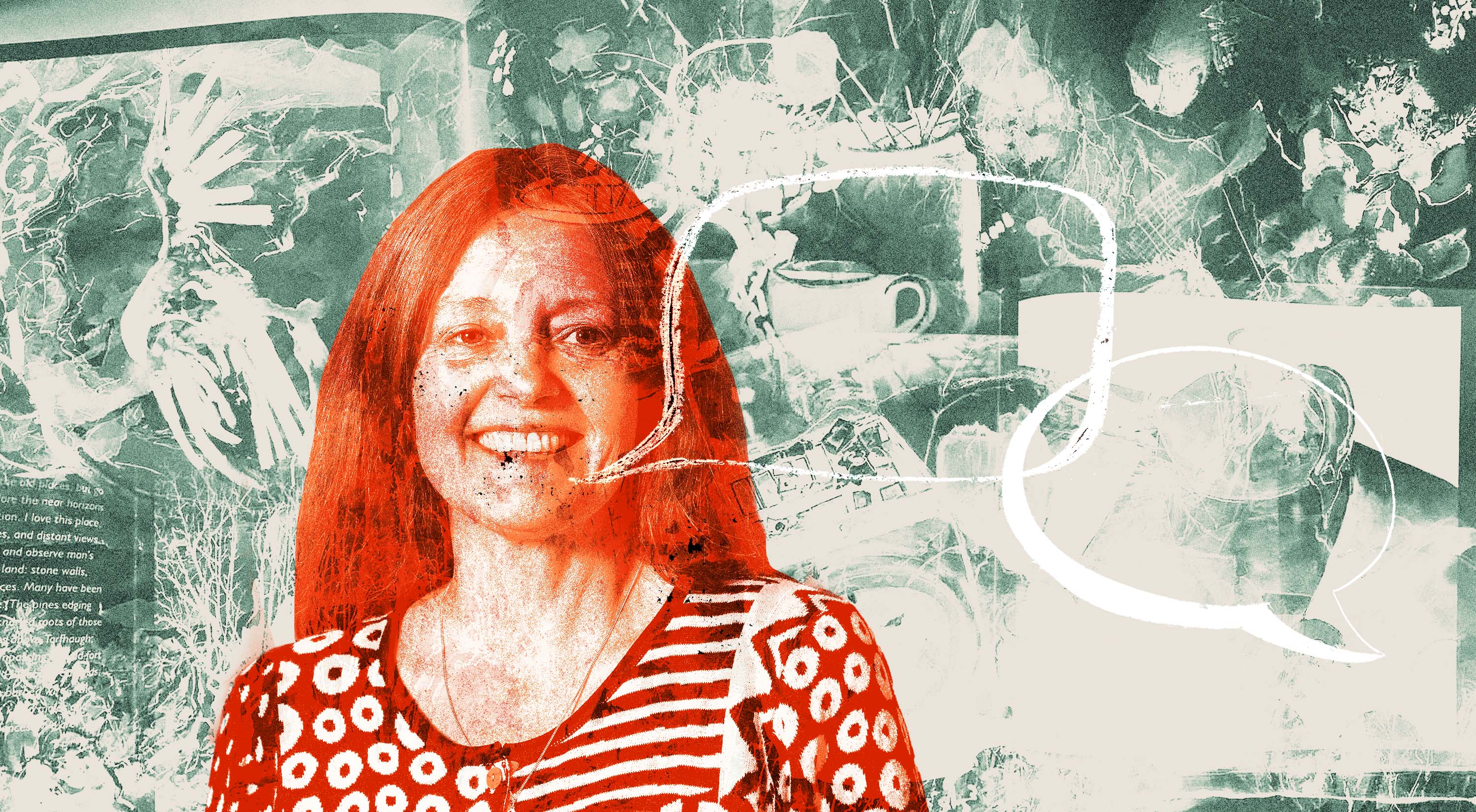 Antonia Shack spoke to Gerda Stevenson, poet, writer and performer about her role in creating Inside and Out, ‘The Art of Christian Small’ which has been described by ‘The National’ as ‘one of the most beautiful books ever published in Scotland’.

‍How did the idea for Inside and Out come about and how did you come to be involved in the project?

When Christian Small died in 2016, her daughter and sons asked people to bring along to the memorial ceremony any paintings by their mother that they might have. The family thought there might be a dozen or so, but soon discovered just how many people owned their mother’s art work. Christian was profoundly averse to materialism of any kind, and possessed very few things. She hated commercial transactions, and had either given the paintings away or sold them for a pittance. It soon became clear that an exhibition should be held – she’d never had an exhibition in her life – she had only exhibited one or two works as part of exhibitions set up by local artists. Upwards of two hundred paintings and drawings came out of the woodwork, some of them Christian herself had stashed in her children’s old cot. A group of local enthusiasts for her art was formed and an exhibition mounted in my home village of West Linton where Christian had lived for most of her life. It proved very popular, and many people asked whether a book of her work might be made available. A grant was successfully sought from a local trust. As I had known Christian and her family since my childhood, I was approached to write the biographical introduction, and poems to accompany some of the paintings. We decided to call the book INSIDE & OUT, reflecting Christian’s subject matter: domestic interiors and the Scottish Borders countryside. The title also alluded to her struggle with mental health. The proceeds of sales paid for a professional artist to run a creative project based on Christian’s art with the pupils of West Linton Primary School. The 500 copies of the book sold out in ten weeks! Many people still wanted the copies, so I approached Scotland Street Press, who, thankfully, took it on.

How did you approach writing the poems that accompany Christian’s artwork? Do you have a different process when writing a poem in response to an artwork?

It was a huge pleasure to write these poems. I had just completed my second poetry collection, QUINES: Poems in Tribute to Women of Scotland, which had involved four years of research. I didn’t have to do any research to write the poems to accompany Christian’s paintings, because I knew her so well, and because I love her work so much. It felt like a release – the poems just flew off my laptop! I could have written many more, but we all felt that the book’s focus should be on Christian’s paintings – it’s a really rich feast of her art work (as well as containing many beautiful photos from her fascinating life), and also, crucially, they were complemented so beautifully by her daughter Jenny’s prose pieces. Jenny had never written before (although she’s a great reader), but she sent me a paragraph she’d written in her mother’s voice in response to one of the art works, and it was so potent, so exquisite, that it seemed obvious that this was the additional voice we needed. So she wrote four prose pieces which to me, as editor, seemed to be a perfect balance to everything else in the book.

The paintings and poems feel like they are rooted in ‘place’, and in particular the Scottish Borders, how important do you feel that ‘place’ is as a Scottish writer?

I was born and brought up in the village of West Linton in the Scottish Borders. It’s a place I love, and know intimately. I have returned to live only two miles from my birthplace. It’s often the backdrop to my writing, and is hugely important to me – my imaginative ‘go to’ place. Like me, Christian knew and loved every nook and cranny of this part of the world, and expressed it with great eloquence in her paintings.

Which picture of Small’s collection evokes the most memories for you, would you share that memory with us?

It’s impossible to choose one single painting. There’s the one of the patchwork quilt on the washing line, and my poem for that painting came out of a conversation I had with Christian when I was a teenager. But I also adore the vigorous painting of dandelions. It was the first painting I ever bought. I was a teenager, and insisted that Christian let me pay for it – I gave her a fiver, which I’d earned for waitressing at the local Bakehouse restaurant. I have it framed in gold above my fireplace.

At Scotland Street Press we have dedicated 2021 to an ‘International Women’s series’. We have published various poetry collections, memoirs and fiction by Scottish and International women authors. Who are the Poets and Artists of today that you look to for inspiration?

I love the poetry of Imtiaz Dharker, and Ellen Bass, among so many brilliant women poets I could mention. Contemporary Scottish women artists whose work I admire are Helen Flockhart and Victoria Crowe (who incidentally, also lives in West Linton).

How have you found creating work during the Pandemic, what sort of projects are you working on at the moment?

I’ve been very busy creatively during the pandemic - I simply have to keep being creative. Don’t think I’d cope if I wasn’t! I’ve completed a book of short stories, and have another on the go, have written a lot of poetry, and have directed a film via Zoom during lockdown - a huge challenge, which I relished – THE STORM WATCHERS, a play by the great George Mackay Brown (whose centenary falls this year), commissioned and produced by the St Magnus International Festival.

And Finally, in three words, how would you describe Christian Small’s art?

Antonia Shack spoke to Gerda Stevenson, poet, writer and performer about her role in creating Inside and Out, ‘The Art of Christian Small’ which has been described by ‘The National’ as ‘one of the most beautiful books ever published in Scotland’.