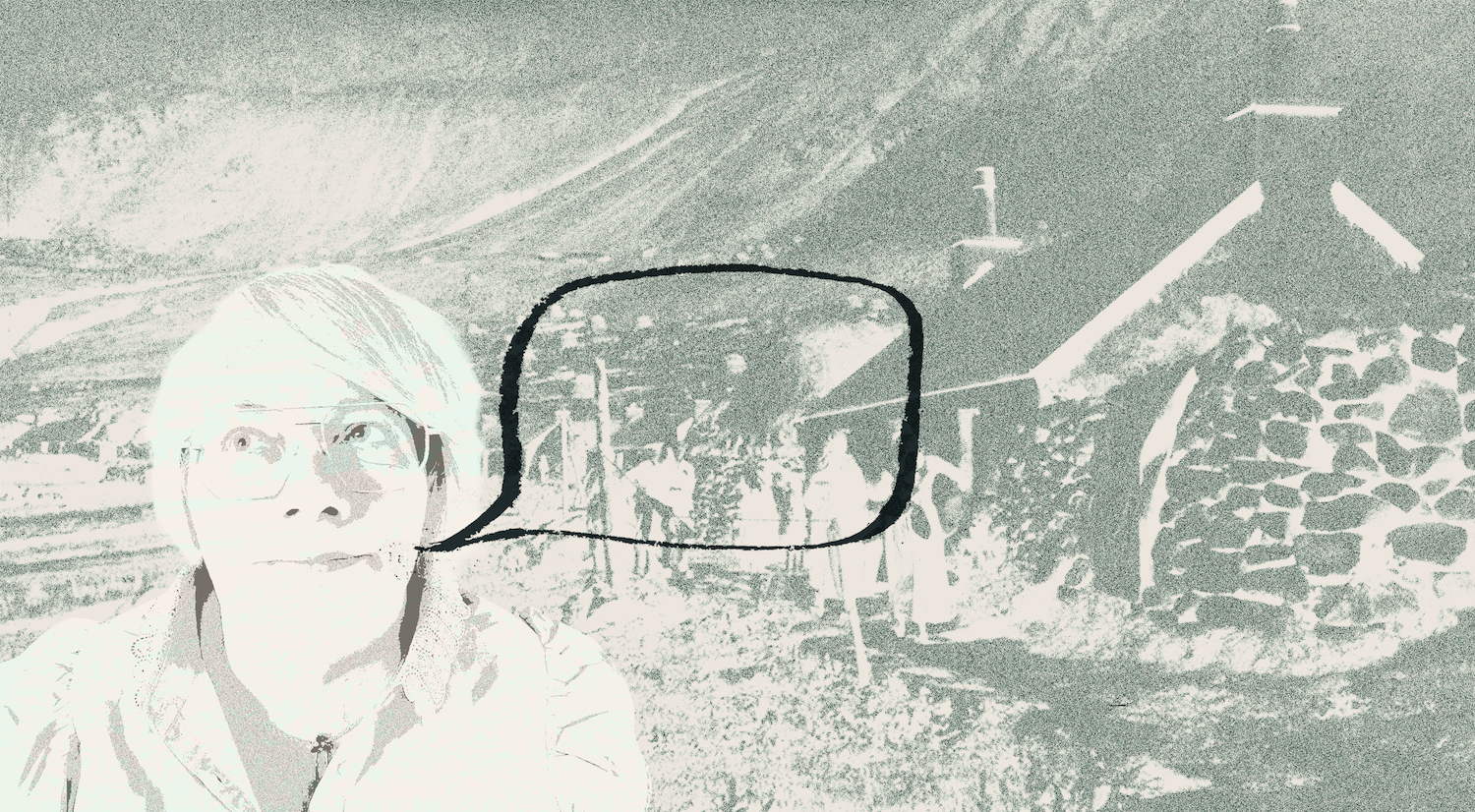 Petra Reid reads from her new poem cycle, 'Wrens of St Kilda' to mark the arrival of COP26 to Glasgow. The work carries Edwin Morgan’s vision of a different Scotland to a surreal environmental level. She is accompanied by Roseanne Reid.

To mark COP26’s arrival in Scotland, Scotland Street Press will be sharing Petra Reid’s (MacSonnetries, Alindarkas’s Children) revisiting of the late Edwin Morgan’s Sonnets From Scotland. In an astonishing display of her ‘Silver Shears’ technique, Petra has retained all of Edwin Morgan’s original line endings, in their original order, to create a miracle play – Wrens of St Kilda.

Part One – Slate to Matthew Paris

Part One, Hilda, an anchorite nun and secret Lewis Capaldi fan, has her submarine cell hijacked by Lady Grange of St Kilda. Lady Grange reveals her addiction to CBT and criticises Hilda’s dependence on fulmar as a primary food source. She hints at both multiple identities and her reason for storming Hilda’s cell.  Hilda (grudgingly) reveals her own backstory and accuses Lady Grange of being a greedy consumer. Listen out for Lady Grange rounding off Part One with an angry anti-Jacobite song she probably composed during her years of captivity in a stone cleit on Hirta.

Past Two – Stirling Castle to The Ticket

In Part 2, Lady Grange is so irritated by Hilda’s views on man’s denial of the carbon footprint of aviation that she forcibly ejects Hilda’s last flying unicorn. The ladies reconcile over a luncheon of fulmar spam, each confessing to mid-life crises. Lady Grange suggests they join forces to stop MegaCorp destroying coral reefs; but this goads Hilda into boasting about her onetime stowaway toyboy – EdAPoe (who turns out to have been a Wren Boy). Hilda explains that despite thinking at first his philosophy was like HRT, she has now lost faith in everything and joined WeightWatchers Scotland instead. It is too much space tourism that has destroyed belief, says Lady Grange, going on to deliver a message she says is from Hilda’s long lost twin sister, Hildegarde Von Bingen.

Part Three - North Africa to The Poet in the City

In Part 3, Lady Grange reveals herself to be Hildegarde Von Bingen - Hilda’s long lost twin and on a mission to save Earth (from what she perceives to be murderous patriarchal forces) by hatching the last St Kilda wren’s egg. She warns Hilda of hostile states’ spy technologies and performs a distasteful song in the round.
The twins continue to indulge in a bad tempered exchange on science and belief. Whilst hiding in a sea cave they consider 1.5 degrees; the QVC shopping channel; Sufism and which one of them was born first. Hilde grows impatient and puts her faith in a COP (Conference of Pittascines or Parrots) to determine how man’s needs can be balanced with his consumption. As the egg starts to hatch, Hilda reacts by reliving one of her visions, the one where she is in a constant state of inter-species metamorphosis.

In Part 4, Hilda’s vision leads her to reminisce on her days as a failed Fine Art student, denied a degree because her degree show called into question the relationship between Quantitative Easing and art’s value. She dons her handwoven Norn flying suit to take a spinneret flight. She tells Hilde(garde) she’s on a secret mission to safeguard nuclear facilities at Lochs Long and Fyne. Hilde tries to convince Hild(a) they can save Nature from destruction but Hilde insists she imagines the environmental slate wiped clean by nuclear war followed by improved control of democracy. The earth shakes as the egg hatches and all life is lifted off the planet by bubbles formed by ancient gases released from seabeds.

Part Five – The Coin to The Summons

In Part 5, Life watches as marial objects left on earth degrade and reconfigure into new stuff. Hilde(garde) stresses that Life on Earth is condemned to float through eternity in bubbles – but the bubbles burst and life lands back on earth, realising that Gaia facilitated a revelation through birdsong. Hilda is still sceptical as to humankind’s ability to percieve itself as a part and not the whole of existence. The twins are just arguing over climate justice versus a new boiler when a wren lands on Hilda’s head. She realises that the trinity of Hilda, Hildegarde and St Kilda’s last wren is now complete, and that it signals her “passing”. Ethereal voices remind her that the universe began in sound as she is transported to her next (rather less comfortable) reincarnation…

Petra Reid reads from her new poem cycle, 'Wrens of St Kilda' to mark the arrival of COP26 to Glasgow. The work carries Edwin Morgan’s vision of a different Scotland to a surreal environmental level. She is accompanied by Roseanne Reid.